A Quest to Connect on a Deeper Level 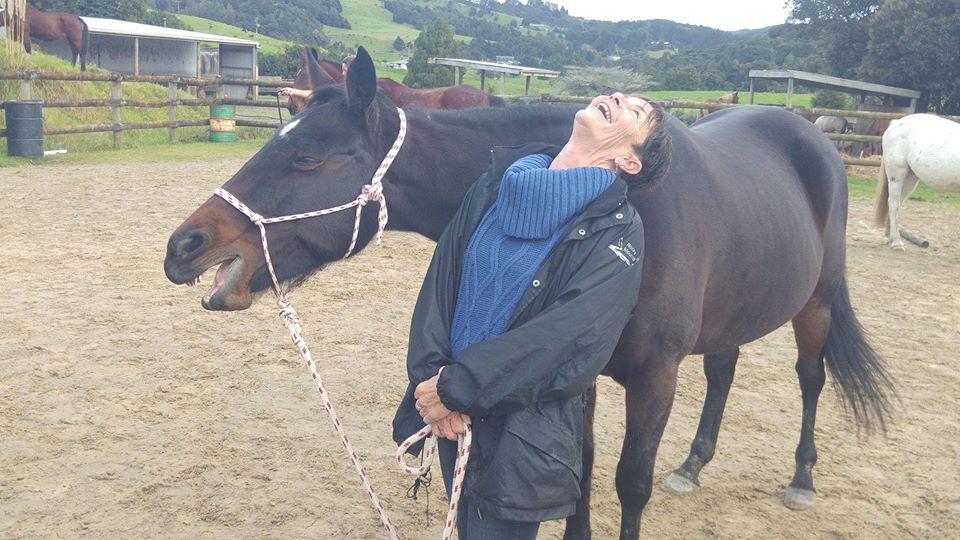 As the crux of my work centres on building relationships, I thought I’d share different aspects of myself so you can relate to me on a deeper level.

My name means ‘Lover of Horses.

I facilitate equine assisted learning – a form of mentoring like no other. Horses mirror human behaviour – the photo says it all!

My favourite sound is laughter. There’s nothing like a good belly laugh to lift the spirit. I’ve been known to snort uncontrollably. I adore listening to children giggle. It’s the best medicine and it’s free.

My ‘Raison d’etre’ is to reduce the waste of our natural resources; both human and environmental.

I have an affinity with the ocean and am a real quantum science geekette! Both traits have undoubtedly come from my Great, Great, Great Grandfather, Sir James Clark Ross who discovered the North magnetic pole in 1831 and the Ross Sea, Antarctica in 1841.

I played a microscopic part in raising awareness about the importance of marine protection for the Ross Sea alongside some incredible individuals and organizations.

Thanks to the generosity of Rodney Russ, CEO of Heritage Expeditions, I was gifted a free trip to Antarctica in 2016 – off the back of an email I sent him offering to clean toilets and sleep in a cupboard if he could help make a dream of mine come true. It was the first time a Ross family member had been there in 175 years – an exquisitely timed voyage that culminated in the Ross Sea being granted marine protection just 6 months after I returned.

Just two months ago I met 2 long lost cousins – our GGGG Grandfather being the common denominator. Then to top off the experience, it turned out one of the women in our mix just so happened to live in the very same house on the farm where I spent the best part of my childhood on the other side of the world in a tiny village called Shorwell on the Isle of Wight. Talk about serendipidity.

I was one of the founding team members who set up and worked at Isle of Wight radio 30 years ago,

One of the best times of my life was when I worked as a Newsdesk Assistant at TVS in Southampton; part of a team that put together a nightly live programme. I was famous for my antics; which included hiding under peoples desks and typing rude words onto the digi prompt to try and catch the presenters out.

I studied child development with the Open University in London 23 years ago because I wanted to understand my own children in order to support their growth and development. I loved it so much that I continued learning for 5 more years and ended up getting a degree in Psychology. If you’d told me at the beginning I’d get a degree, I’d never have believed you because I failed English Language O’levels a mere six times with three different examination boards, who collectively deemed me to be illiterate. The irony is that I’m now a writer and use my own experience to encourage people to believe in themselves and not become despondent because of other peoples views – in short what other’s think of you and/or what you should, ought to, or are able to do is ‘a load of bollocks!

I’m the President of my local bridge club – managing 60+ disorderly pensioners who are an absolute hoot.

Last and most importantly, my greatest privilege and role in life has been as a mother to two delicious children – one of each flavour. They have been my greatest teachers. I wouldn’t be half the person I am today without them. I’ve learned to not sweat the small stuff and to take the lessons from fuck-ups and failures as an integral part of being human. Time spent worrying about the past is futile and a waste of energy

Keep your focus on the future and what you want to create.

Talking of creations, I now have four delectable grandbabies who are the ultimate proof that karma really works!!!

Stay connected to receive news and tools to energise you